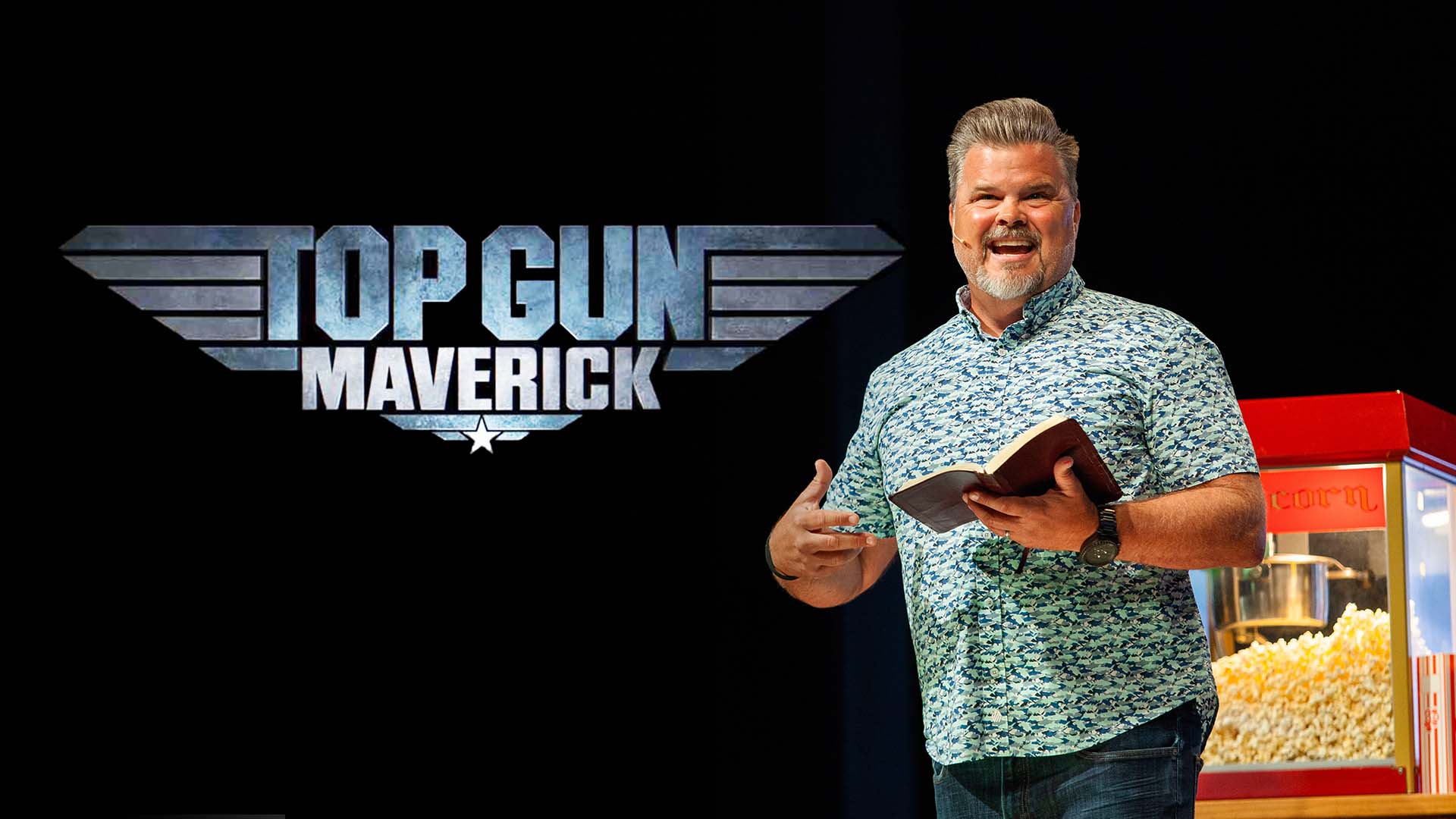 At The Movies: Top Gun Maverick

As part of our annual At The Movies series, over the next 4 weeks we'll be exploring the deeper spiritual truths found in 4 Hollywood hits! This week, we're kicking off with Top Gun: Maverick. This movie is the highly-anticipated sequel to the original Top Gun from way back in 1986! Top Gun: Maverick takes place 30 years later. Maverick (played by Tom Cruise) is older, and he's still test-flying fighter jets out in the Mojave desert until he is summoned for a special mission - training up a new generation of pilots!

Let's set the movie up and then we'll dive into its connection to Scripture. If you haven't seen the movie yet - be warned, this article contains spoilers!

A LIVE OR DIE MISSION

Top Gun: Maverick hits on the great epic themes of love, honor, courage, bravery and sacrifice - but it's not without conflict. When Maverick sets out to train new pilots for a top-secret mission into enemy territory, the stakes are raised with a twist. One of the young pilots named Rooster is the son of Maverick's old wingman Goose, who had died in a training accident in the original Top Gun movie. So, Maverick has all this guilt and remorse about losing Goose, his wingman, in a plane that he was piloting. Now 30 years later, Goose's son is part of the team Maverick has to train. There's instant tension - and Rooster resents Maverick not only for this history, but also for delaying his entry into the Naval Academy, even though it was his mother's dying wish. There's a lot of heartache here.

HEART ACHE AND HOLDING A GRUDGE

Like Rooster in Top Gun: Maverick, is there someone in your life that you hold a grudge against? Maybe someone hurt you or let you down and now there's all this tension in the relationship. Even for guys like Maverick who pride themselves on courage and resilience, it's hard to let go of the heartache of the past. But, the truth we see in this movie echoes what scripture says - You can't fly forward if you're tied to the past.

We all have things in our life story that we wish never happened - but the Bible puts it this way in Isaiah 43:18-19: "Forget the former things; do not dwell on the past. See, I am doing a new thing! Now it springs up, do you not perceive it? I am making a way in the wilderness and streams in the wasteland."

If you are holding on to heartache, take the Scripture in Isaiah 43 to heart. God is doing a new thing, will you let Him work in your life and relationships? Today, we want to share 3 things you can do fly forward in turbulent relationships. In Top Gun, we learn that an ace pilot is a military aviator credited with taking down 5 or more enemy aircraft during aerial combat. But today, we'll teach you how to become a Relationship Ace!

A = Agape love your enemies. This means you treat your enemies with kindness, generosity and invincible good will. Did you know there are actually 4 kings of love? Storges, which is familial love. Phileo, which is brotherly love between close friends. Eros, which is romantic love. And finally, Agape love, which is the unconditional love God has for His children - and that's the kind of love He wants you to have towards your enemies.

C = Commit to pray for your enemies. The next step to becoming a Relationship Ace is to pray for not only those you love, but those who have hurt you. Did you know it's impossible to hate a person when you're praying for them? In Matthew 5:44 Jesus tells us to "Love your enemies and pray for those who persecute you..." This Scripture shows us the radical kind of love that God calls us to. When you pray for your enemy, it may change your enemy, but it will more than likely change you in the process.

E = Extend forgiveness. Last but not least, to become a Relationship Ace you'll need to follow God's call for us in Ephesians 4:32 to "Be kind to one another, tenderhearted, forgiving one another, as God in Christ forgave you." True forgiveness is sacrificial. Christ forgave you by paying the price for your sin (John 3:16). The way of the Cross is to forgive - even if the other person hasn't apologized yet. Even if they never apologize. Forgiveness is refusing to carry hurt into the future and with the agape love of God, it's possible to make a daily decision to forgive.

At the end of Top Gun: Maverick, Rooster, Maverick and another one of their fellow pilots all choose sacrificial love to come together and defeat their enemy. Maverick is declared an Ace for shooting down 5 planes - but for our purposes, he is a Relationship Ace, because he was willing to embrace agape love and do what John 15:13 says: "Greater love has no one than this: to lay down one's life for one's friends."

Because of Jesus' sacrificial, Agape love for you, your relationship with God can be restored! Will you trust in the Sacrifice of Jesus on the Cross? Will you choose agape love, prayer for your enemies, and forgiveness today?