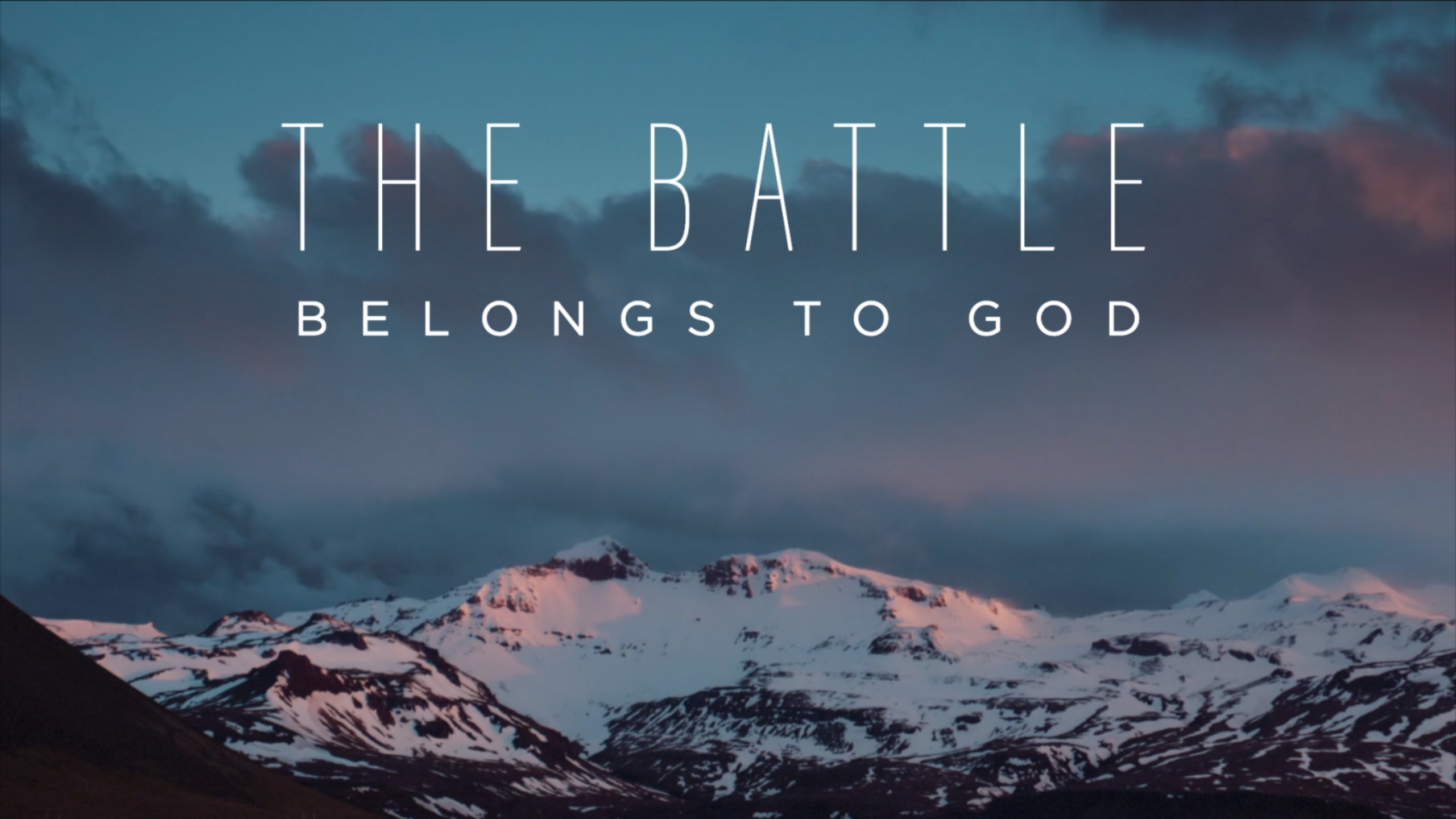 The Battle Belongs To God

In times like these, I believe it is more important than ever for believers to seek God. Many people are still full of fear, worry and anxiety as our nation struggles to battle the coronavirus crisis. However, God gave me a special word to encourage you today from 2 Chronicles 20 in the Old Testament of the Bible. In uncertain times, we remember these 5 words that God spoke to King Jehoshaphat in a time of crisis for Israel: The Battle Belongs To God.

In the passage, we're introduced to King Jehoshaphat of Judah, whom God put in power during a time of crisis. Israel previously enjoyed a revival of prosperity in the country until one day, three enemy armies called the Moabites, Ammonites and Meunites came to wage war against Jehoshaphat. Out of nowhere, disaster showed up at their doorstep. Sounds a little like our current situation, doesn't it? Just three weeks ago, we had no idea how drastically life would change as our world wars against an invisible enemy called COVID-19. With so many lives disrupted, most people feel under siege by fear of illness, worry for loved ones, and anxiety over the economy.

GIVE GOD HIS BATTLE BACK

Fear, worry and anxiety are three very real enemies right now. In 2 Chronicles 20, though, we see King Jehoshaphat was drawn to the Lord when he faced unexpected crises. Prayer was his first response. Just like King Jehoshaphat, it should be ours, too. That's why every Wednesday at 7pm, we're doing Live Prayer with our team of Pastors on Facebook Live - and we invite you to join us for a powerful time of digital community as we pray for God to end this pandemic. See, Jehoshaphat believed God would help him in the BATTLE as he led his people in PRAYER... and we're following his example in our own current crisis.

Church, you must know that COVID-19 is not God's first battle. This is not the first time danger has shown up at the doorstep. It's hard to know what God is doing - but we can remember what he has done in the past. See, your weakness is a magnet for God's strength, so you can be honest and authentic in your prayers. Your anxieties and fears do not overwhelm Him!

In 2 Chronicles 20, King Jehoshaphat demonstrated through prayer that he knew the battle was too big for him...but it wasn't too big for his God! This prompts me to ask you: How BIG do you believe God is? If your view of God is too small, you'll live in constant worry and anxiety thinking everything depends on you. But when you magnify your view of God, you realize that nothing is too hard for Him! We can be confident in all the chaos of our current crisis because of Christ, which is a powerful witness to non-believers!

So remember this week, church: Victory in the battle doesn't come by fixating on the crisis, but by focusing on Christ Alone. God loves to wage war through our prayer and worship. On the Cross, Jesus stepped on the neck of Satan, sin, and death - He's broken the power over the Enemy with His shed blood. You are saved and protected by the Blood of Jesus Christ, and His love endures forever! Amen?