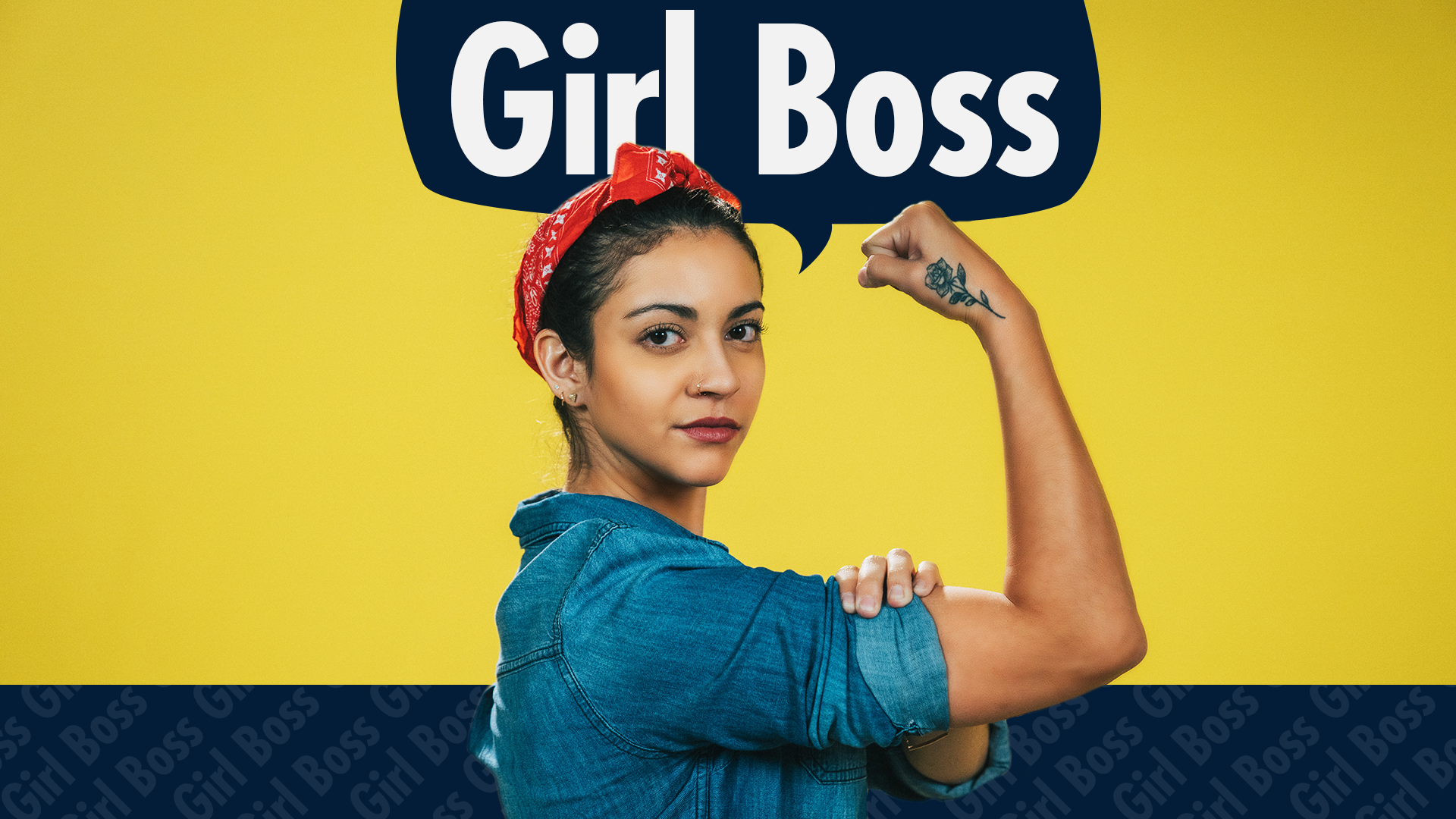 We are blessed with an army of Girl Bosses at Liquid: Wonderful women who are talented, confident, and gifted by God to lead. That’s what our current series, Girl Boss, is all about! A Girl Boss is empowering and inspiring to those around her... The term "girl boss" is meant to capture the spirit of Female Empowerment coursing through our culture. In fact, right now, our culture is all about empowering women to become leaders in the marketplace... in business... leaders in the home... in the family... and in the church and ministry!

As a dad of a teenage girl, I feel personally blessed to raise my own daughter in a church where women are affirmed, valued, and unleashed to lead at the highest levels of leadership. See, a lot of people - in and outside the church - have the mistaken idea that the "Ideal Woman" in the Bible is shy, servile, submissive, and entirely domestic. But, in Proverbs 31, we see an example of The Original Girl Boss portrayed in a woman of strong character, great wisdom, marketplace savvy, and deeply compassionate. Under the inspiration of the Holy Spirit, this book is told from the perspective of King Lemuel, as advice from his momma on what to look for in a Queen! She doesn't tell him to look for the prettiest or most submissive girl in the kingdom... Instead, this chapter of the Bible counters the culture of the day, which believed 3 major lies about women:

Thank God, in this ancient culture of lies, the Proverbs 31 Girl Boss was introduced! In all her strength and in light of all the Proverbs 31 woman's accomplishments, ladies, I do want to warn you of one thing: Resist the urge to compare. One of OUR culture's lies about women is that they can, and should, do it all.... at the same time! See, Proverbs 31 was actually a poem... a composite picture of a woman over the course of her whole life. This woman isn't a model to imitate all at once as much as she is an inspiration to BE ALL YOU CAN BE!

When studying the Proverbs 31 woman, it's easy to look at her many accomplishments and miss the twist at the end of the chapter. See, verse 25 praises the woman's character, noting "Charm is deceptive, and beauty is fleeting; but a woman who fears the Lord is to be praised."

At the end of the day, the Proverbs 31 woman's strength and beauty are grounded in her relationship with God! It's about letting HIS LOVE, HIS GRACE, and HIS MARK on your LIFE be the only thing that determines your worth. Ladies, God's good grace shows us that when Jesus died on the Cross, he took all your sin and guilt and failings, and in exchange, he gave you HIS righteousness and perfection - so you have nothing to prove today. You are made in his image, and through faith you are adopted as a beloved daughter of God. So, be present to the season of life you find yourself in today. Find that your contentment in Christ truly beats constant comparison with others.... and rest knowing that in Christ, you are more than enough!