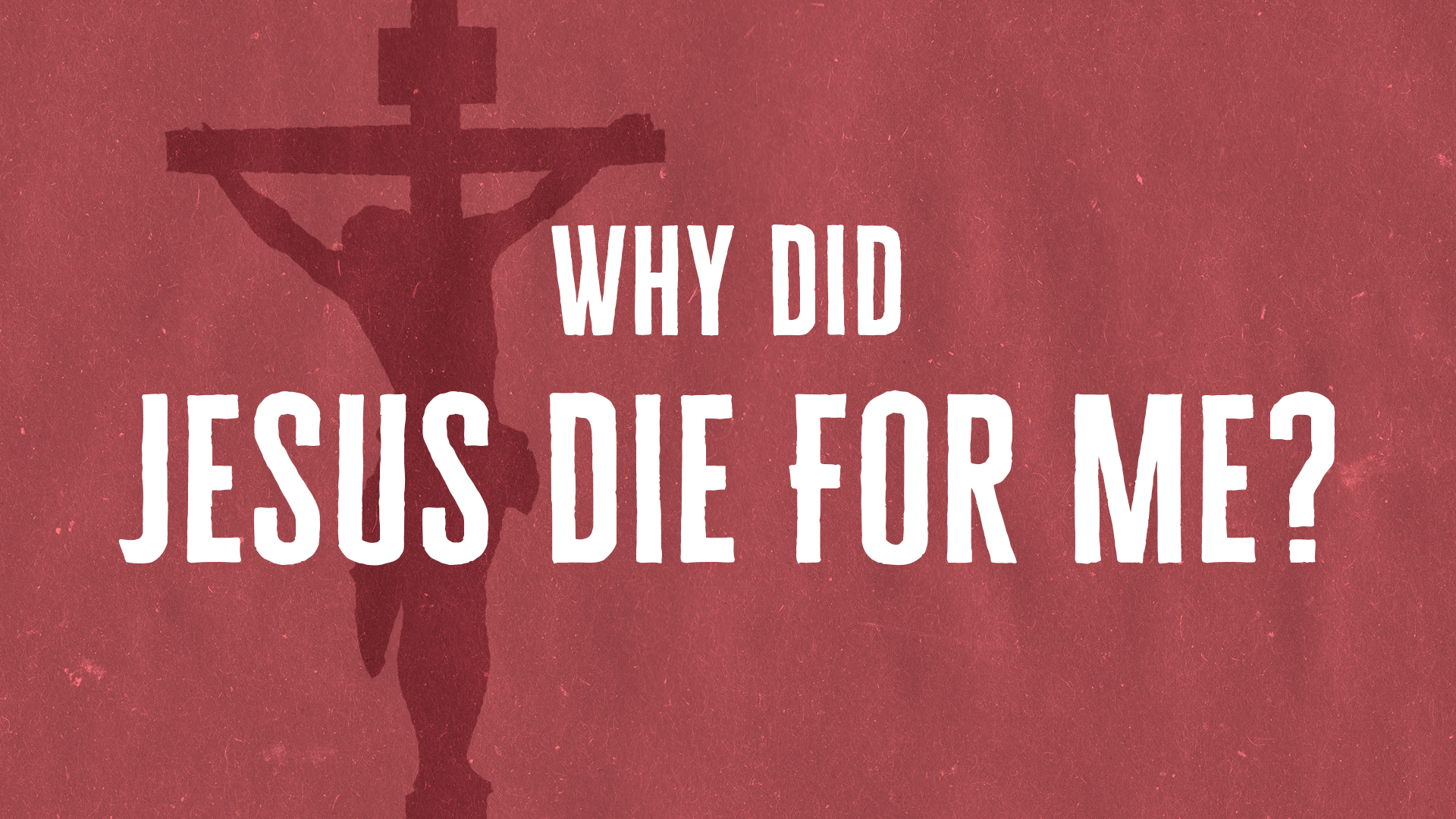 Why Did Jesus Die For Me?

Do you know why Jesus died for you? Throughout our “Who Is Jesus” series, we’re diving deeper into who the Bible says Jesus is and why it’s so important for us to understand His life and character. To many, Jesus’ death is one of those stories in the Bible that doesn’t make sense at first. Yet, it’s such a beautiful picture of God’s love for us that it catches you off guard. But why did Jesus have to die such a horrible death to save me? To better understand why Jesus had to die for humanity, we have to go back to the beginning of the Old Testament of the Bible.

THE FALL OF MAN

In the Book of Genesis, God created a perfect world where God and man dwelled together in perfect unity. In this world, Adam and Eve - the first man and woman - partnered with God by cultivating and making something new of this world (Genesis 1-2). But, things didn’t go as planned. Adam and Eve bought into the snake’s lies and chose to disobey God, allowing sin to enter our once perfect world (Genesis 3). In response, God cursed both parties responsible for this rebellion… the snake and all of humanity. While cursing the snake though, God revealed a rescue plan for humans, promising a man that would crush the snake’s head while being bitten by the snake himself (Genesis 3:15). Although a strange picture, it is also a beautiful one that points to Jesus' dominance over sin and death, communicating God’s great love through his mercy and redemption for us: Even in the midst of our first massive failure!

Fast forward to the Book of Leviticus, and we see that God provided ritual instructions to Israel after freeing them from slavery in Egypt. One of these rituals, called the blood sacrifice, was very important to the state of the relationship between God and Israel. Because all humanity is guilty of evil, the Israelites had to atone for their own sins by sacrificing a lamb, which served as a symbol of innocence. By putting their sin onto this animal, they were declared innocent before God (Leviticus 17:11). But the problem here was that this solution was temporary. In fact, once an Israelite sinned again, the blood sacrifice was deemed void before God. For more on the biblical concept of sacrifice and atonement, check out this video from The Bible Project.

JESUS AS THE BRIDGE TO GOD

In order for us to be truly reunited with God, we needed a permanent solution that would change our very hearts. This was the context that Jesus entered into on Earth. Because He was blameless like an innocent lamb, Jesus could bear our sins on Himself and atone for our mistakes. He died a death that we deserved. Not only did he do this to defeat evil, but to give us an opportunity for new life. He served as the ultimate mediator between God and man once and for all: The ultimate sacrificial lamb prophesied throughout the Old Testament. To better understand how Jesus acts as the bridge between God and man, click here to watch this video demonstration.

That’s why Jesus had to die for us… for me… for you… to bring us back to a restored relationship with our Father! See, even in the Garden during the first sin, God planned to restore humanity to Himself once and for all through Jesus. The best part? Jesus did this willingly: Not out of duty or obligation to the Father alone, but rather out of his great LOVE for us. That, my friends, is the miracle of why Jesus died for you.